Why Christians write and publish 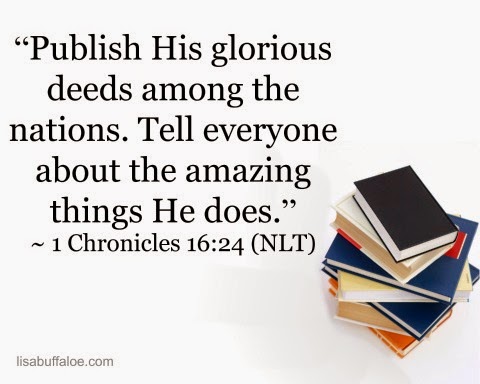 Posted by Unknown at 10:53 AM No comments: Links to this post

A Study of Endings 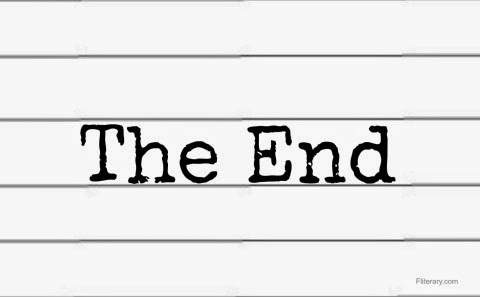 A Study of Endings
By Natalie Hanemann

It’s one of the hardest things a novelist does: ending the story. Or maybe it’s the easiest. I've worked with authors who write the ending first and then go back and fill in the rest. Is there a right way to end a novel? It’s not an exact science, of course, but if you've ever read a book and at the end, wanted to drop it in your paper shredder, then you know that the ending can make or break you as a novelist.

I've come across a string of stories lately with poor endings.

Last week my kids found a movie on Netflix, Jack and the Cuckoo-Clock Heart. They loved this movie but something happened in the last few moments of the story that changed their minds. They said they never wanted to watch that movie again. I googled the movie and there’s even a site where the ending is discussed: http://movies.stackexchange.com/questions/27035/does-jack-die-in-the-end-of-the-movie-jack-and-the-cuckoo-clock-heart

In both of these examples, the protagonist dies at the story’s conclusion. Is it a mistake to have your hero/heroine die at the end? Not necessarily. You must take a few things into consideration. One is the genre. In less commercial, more literary novels, the protagonist’s death seems to be more tolerable. But what about a story where the hero’s death is sacrificial and helps to save the lives of others? This happens frequently and audiences seem to be able to handle it. This was the case in the recent Disney movie Big Hero 6. It was sad to see Baymax die, but my kids didn't feel betrayed because they saw the role his death played for the other characters in the story. Plus, Disney could bring him back in the sequel . . .

I recently edited a novel where the author ended the book with the protagonist getting shot and dying. It wasn't a sacrificial death; he just died. “What if he didn't die?” I asked the author. “But what will he go off and do?” the author wanted to know. Once your protagonist accomplishes their goal, should they just go live happily ever after? Is that realistic? Should it be?

These are difficult questions and every story has its own, unique way it should end, but it isn’t always obvious. But here’s a universal guide to ending a story well: think about your reader. You should have their experience in mind as you write your novel and especially as you think about how it will end. If the ending isn't satisfying, they will be frustrated. They may blog about it or put a review online to vent their disappointment. They won’t tell their friends to read the book (word of mouth is so important) – they may even tell them NOT to read it.

Here are a few elements of a satisfying ending: Is the reader left feeling hopeful when they put the book down? Is there a promise of happiness for the protagonist (assuming they aren’t dead)? Was justice served? Did the bad guy get their comeuppance? Did good triumph? Did the problems get resolved?

In fiction, no resolution is rarely a good resolution. The danger is that plot threads can get too neatly tied up and a reader will roll his or her eyes at the end. You don’t have to spell everything out. Being subtle can help in not tying too neat of a bow. Everyone shouldn't get what they want. It can be annoying to read stories where everyone wins in the end. The art in closing plot threads is to balance being realistic with offering a satisfying conclusion.

A good ending isn't easy and can’t be rushed. Writing is highly creative and you, as the author, will have strong feelings about how the story should end, but before you complete that final scene, try to step outside of yourself and think about how a reader will feel when they turn the last page. Show your readers some love by considering their feelings.

And if you do, they just might reward you with their loyalty . . . and their recommendation. 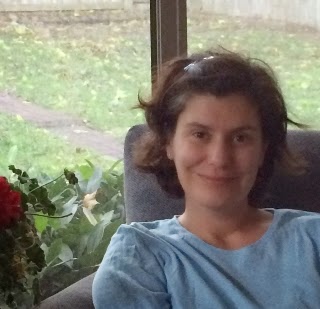 Natalie Hanemann is a freelance fiction editor who lives in Franklin, TN with her husband and four kids. Visit her website at: www.nataliehanemannediting.com

Posted by Unknown at 2:27 PM No comments: Links to this post

Promote Your Page Too

Excel file (.xlsx) to keep track of how many days you have left to complete your novel

Fliterary was birthed over steaming latte's in a coffee shop. Writers discussed the need for playtime, rest and renewal. Perhaps a playground and recess for authors and readers to come, relax, plop down in the recliner, and receive encouragement, a laugh, and maybe something to restart weary brains.
Jesus reminds us His yoke is easy and His burden is light. Even when life is hard, we have a Savior willing and ready to shoulder the load. However, it’s so easy to take on the weight of the world’s problems. Even writers get preoccupied with deadlines, word count, and edits. We forget to enjoy the journey.
Come on in. Sit for a spell, and join us for word and story play.

Fliterary on Google+
on Google+

Fliterary is an affiliate of Amazon. I earn a small percentage when you purchase a product through the Amazon web site by clicking through this web site. I appreciate greatly your support!